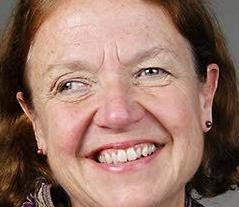 A few years ago I tried to improve my literary IQ by reading Henry David Thoreau’s Walden Pond to catch up on a topic I skipped in high school because I was more interested in boys and basketball.

All the hippies in the ’60s raved about the book, but honestly I didn’t take much from it other than that Thoreau made a big deal of gardening. People later told me that the book was about transcendentalism, which I still don’t know. I just thought it was about planting beans. Thoreau talked about how much he spent on bean seeds and this and that, translating his experience into a life ethic that I think is far-fetched.

Though the higher implications of the book went over my head, I still think of Thoreau every year as I plant my beans and now harvest. Of all my garden plants, I love beans the most, and to tell the truth, I think Thoreau would have had a decent book if he’d just stopped at it.

Whether or not you have a philosophical inclination, beans force you to be, as they say, “in the moment,” and pay attention to what you are doing. Every morning I go looking for new beans that dangle from the tendrils like earrings and I choose what I can find. But when I go back a few hours later, I find even more beans that were obviously hiding the first time; either that or I haven’t searched hard enough. Probably the second option.

So the next time I look for beans, I try to focus more on what I’m doing, and I discover that the beans somehow attract me and reveal themselves when I’m still and listening. They’re there, but they’re camouflaged between leaves and flowers, and it takes time and focus to really see what’s what. Some people might claim it was a Zen-like experience, although I don’t really know what it is either, unless I know that some people try to overlay common experiences like fly fishing or bird watching with what they claim to be high falutin meanings that they are meditative and mind-expanding. I cannot speak to it. I’m picking beans.

In his book Thoreau expressed some guilt for exterminating the native weeds to get his bean field going, but I have no qualms about pulling weeds up, stomping on their shabby little heads, and them in the Can throw garbage. Thoreau wrote, “I was determined to know beans,” by which he thought he meant he wanted to learn how to grow a good crop. But I can tell you you can’t know beans if you let the crab grass get the upper hand.

I love gardening, but I don’t defend it or derive a deep spiritual meaning from it like Thoreau did. Maybe that means I’m a superficial person, and I’m fine with that. When you’re flat, you don’t have to work that hard. Thoreau apparently had an alternative agenda in mind with his beans, such as selling a book. I’m thinking about dinner right now.

On Gardening: These will be your calla lilies, next year and for always |