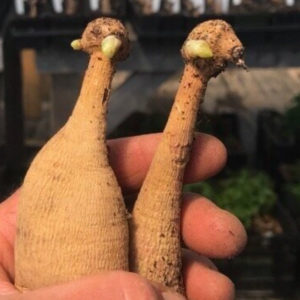 The autumn on Fishers Island was especially lovely this year. The plants in the garden loved the mild temperatures and the generous rainfall over the past four months. I’ve never seen anything so green at this time of year.

Soon this beautiful growing season will come to an end with the first frost and the garden will have to be tidied up for winter. Cut back the dead leaves. Remove and compost any annual plants, and cut perennials to within inches of the ground. Healthy cut plant material can be put together, but be sure to bag and remove any invasive or diseased plants.

Dahlias should be dug up after the first frosts; If dug up beforehand, Swan Island dahlias say they are “too green to store”. However, they also say it is safe to dig them up in mid-November if there has been no frost. Spray off the dirt and let it dry for 24 hours. After drying, the tubers should be stored in a cool, dry place at temperatures of 40-50 degrees in a box or a cardboard box lined with newspaper. I’ve had mixed results on this process because I’m not quite the perfect point in terms of temperature. However, I was lucky enough to store tubers in coolers filled with peat moss and placed in a room with a temperature no higher than 40. So I think you have to experiment to see what works for you. It also helps if you don’t cut off your eyes on the tuber if you split a large lump for storage like I did for a year separating! The tubers didn’t rot, but I had destroyed the most important part for regrowth and it was a disaster so be careful!

Looking back at this growing season, there are a number of plants that were absolutely standout, from peonies, roses, and bearded irises in spring to Siberian irises and oriental lilies in summer. Large mallows added an August punch to the flower beds and asters and goldenrod, along with a second bloom of a row of roses, continued the color in the garden. 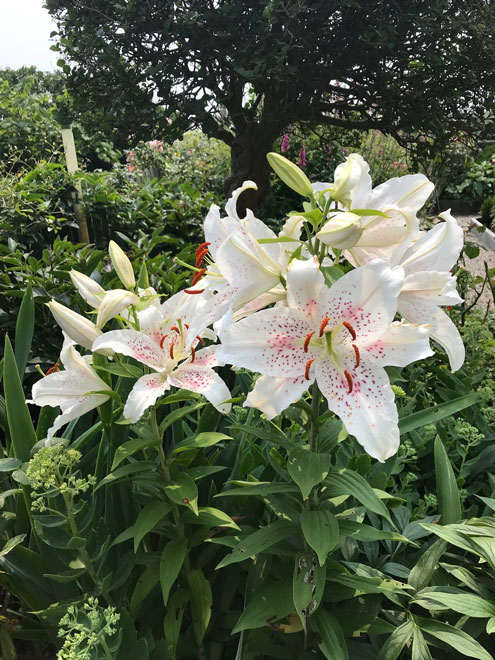 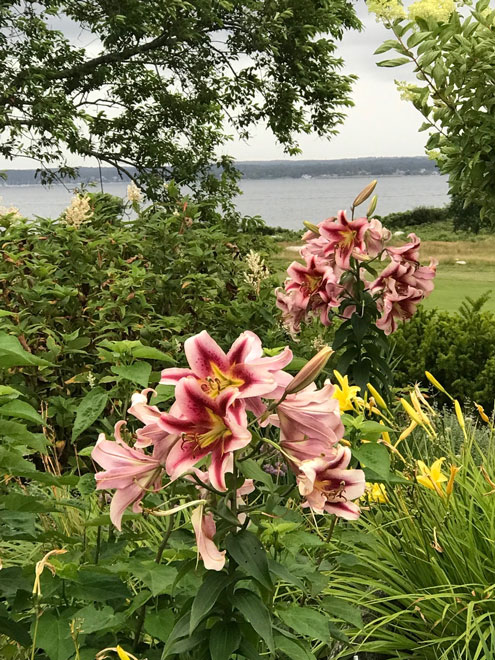 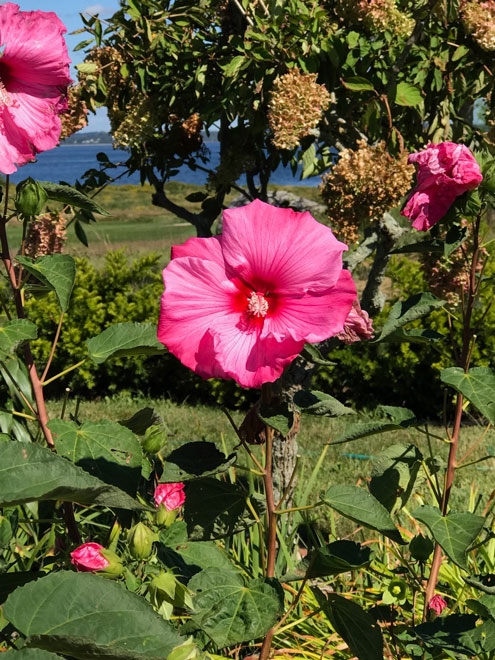 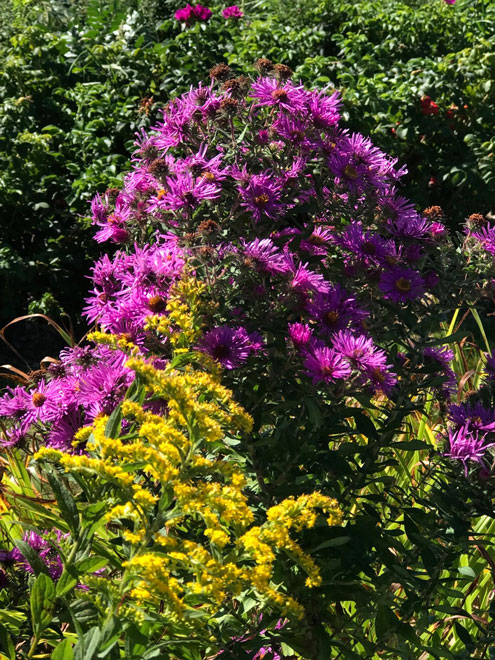 Hydrangeas have also benefited from all the rain and are huge around our house. But one plant that almost surpassed the rest is a dwarf butterfly, the Buddleia “Pugster Blue”, which has been blooming for months. I scrupulously decapitated the withered flowers that I know inspired them to keep blooming, and the little bush was covered in monarch butterflies all season! It should be a must in every garden as we encourage the planting of the “pollinator highway” on our island.

(Click on an image to see a larger version) 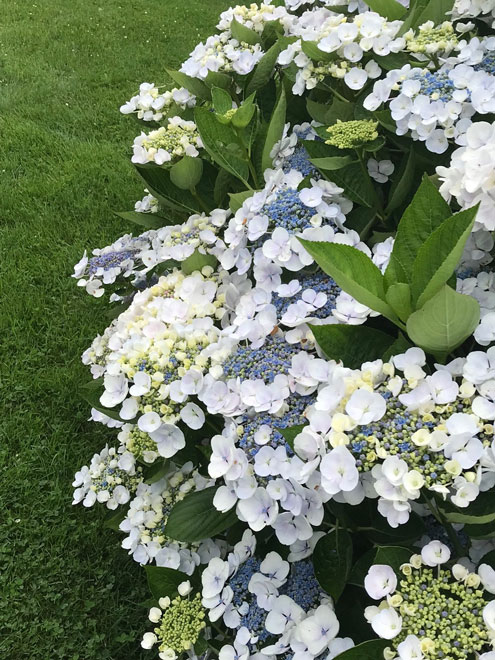 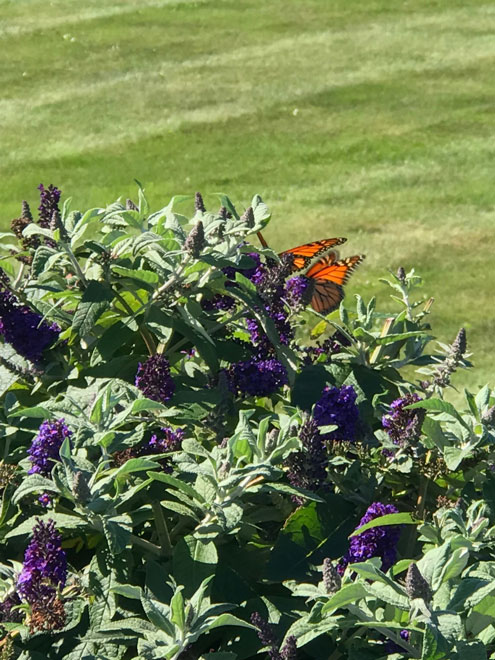