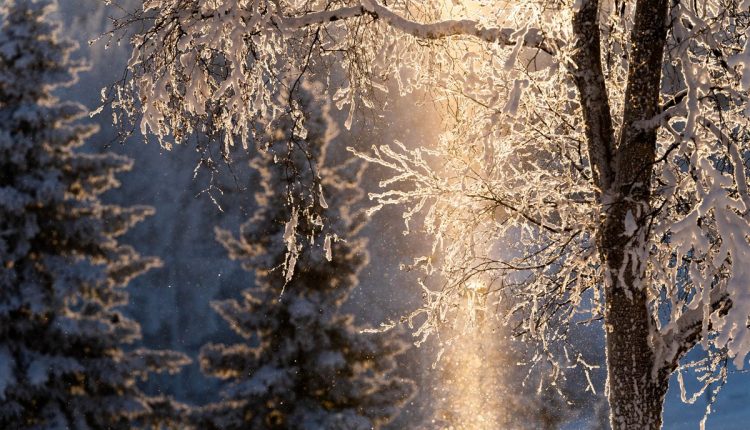 Every year readers ask what I think winter will bring in terms of snowfall. Sometimes this question comes from gardeners realizing that snow contains nitrogen and is considered a fertilizer by poor farmers. Sometimes it comes from skiers who think I have some sort of garden line for the weather and whether they should get a season pass.

Lots of snow? I’ve been writing this column for 45 years – this month – and I still can’t understand why I should be a weather prophet. Perhaps you are all so used to seeing clues about the weather forecast from The Farmers’ Almanac.

In fact, there is actually a direct connection between plants and rainfall. What makes it even more interesting to me is that it’s also about my favorite topic of microbes. I still can’t know the answer to what’s going to happen this winter, but at least I can pass on a better understanding of what it takes to make it snow.

I’ve written about Pseudomonas syringae before. This is a common soil bacterium that appears to have around 50 different strains that are plant pathogens. It is named after the common lilac on which it can often be found. Another plant that is affected is the tomato.

In this column, forget about the disease problems caused by an infestation with Pseudomonas syringae. Instead, know that this bacterium also produces a protein that attracts dust and water, and freezes water at temperatures higher than normal. Droplets that formed high in the atmosphere around Pseudomonas syringae turn into ice crystals.

What follows next is all pretty simple, but also just amazing. As you know, plants draw water from the soil and eventually release it into the atmosphere. This water vapor contains Pseudomonas syringae microbes that float up to form and then connect existing clouds. These bacteria “sow” the formation of ice crystals. When the ice crystals get heavy enough, they fall back to earth. Rain or snow.

It may be easier to think of an Amazon rainforest or what you experienced during your Hawaii vacation. Every day, in the late afternoon, it rains. Why? This is because the trees around it evaporate water and Pseudomonas syringae from morning to all day. Eventually, this moisture leads to the formation of clouds and eventually rain. This is known as bioprecipitation, and while algae, fungi, and even diatoms can be involved in the seeding of clouds, Pseudomonas syringae appears to be the dominant nuclei in rain and snow.

I also like to put a little pearl in the occasional column that my friend Frank can use. Well, take note of it. If you ski like him in Alyeska you need to know all of these things about Pseudomonas syringae. I bet Alyeska, like so many other ski resorts around the world, is buying a commercial brand of Pseudomonas syringae that is used in snowmaking.

Now I am trying to deal with this information. Our snow, even the man-made stuff in Alyeska, contains Pseudomonas syringae, which may have come from your lilac. That should be enough connection to link gardening to the weather, even if the Pseudomonas syringae that sow our clouds in the winter months are likely from elsewhere.

Will there be more or less snow this winter? Will it rain a lot? I can’t tell you, but I know of a specific garden bacterium that can.

Alaska Botanical Garden: Learn about virtual classes and excursions this winter. Get the newsletter. Join. alaskabg.org. There’s a lot out there. Get an advantage.

Bird feeders: If you generally don’t have bears around you at this time of year, fill a bird feeder and see what happens. There is no point in rewarding too much for what is happening.

Indoor plants: water them! Start paying more attention as the heat is on for the duration and they can dry out easily.