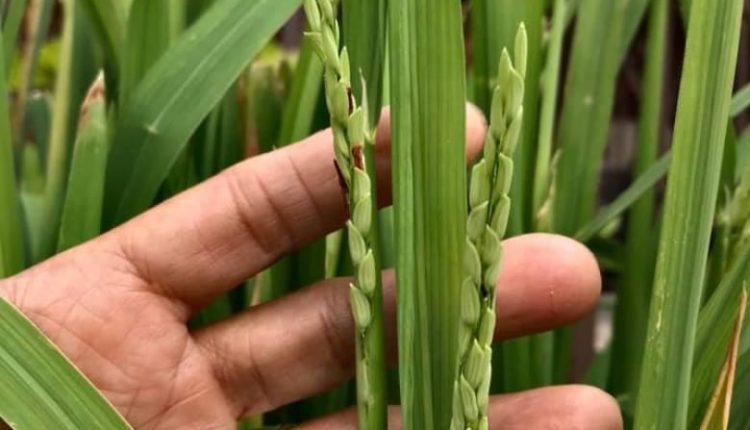 Jewel Gomes prepares for another growing season in her tiny backyard in Toronto, home of her many experiments in agronomy. This summer, she’ll be trying to grow plants like bitter gourd and white strawberry – plants that aren’t typically found in Canada.

“I like to experiment with vegetables or plants that can hardly be grown here,” she says.

Gomes studied agriculture at a university in the Philippines before moving to Canada in the 1980s. Undeterred by the fact that the climate here is anything but tropical, Gomes has managed to grow many crops that normally require warmer weather, including rice, which she successfully produced in 2019 and exhibited at events around the city.

The rice that Gomes grew in Toronto in 2019. (Supplied by Jewel Gomes)

“You were so excited. They touched, only touched this grain. You can’t believe it, rice grows in Toronto! ”Gomes said of the reaction she received.

But Gome’s gardening is more than just a hobby. Urban gardening experts say growers like Gomes can be at the forefront of helping cities mitigate – and adapt to – some of the worst effects of climate change.

So much so that cities like Toronto and Montreal have urban farming strategies to encourage agriculture within their city limits. The city of Mississauga, west of Toronto, is currently working on a strategy for urban agriculture as one of the pillars of its action plan on climate change.

Dianne Zimmerman, Mississauga’s environmental manager, says urban gardening can promote a sense of inclusion in addition to the benefits of local food production, including reducing greenhouse gas emissions from transporting food and promoting biodiversity in the city. A benefit that may be even more appreciated now because of the pandemic, she said.

“When we think about the multiple benefits of community gardens, we create a sense of the health and wellbeing of the community,” said Zimmerman. “We have seen a significant increase in interest from residents who want to take part in some of these gardens because of COVID.”

In addition to private backyard gardens, urban gardening also includes larger community gardens, allotment gardens and building roofs that enable people without a backyard to grow food. Ryerson University in downtown Toronto operates a rooftop farm on its engineering building with a little less than a quarter of acres of acreage.

In the small square in the middle of the crowded city, the farm grows around 4,500 kilograms of food each year, which is supplied to the university community and local chefs.

The farm also became a laboratory for researchers like Tamer Almaaitah, a graduate student in civil engineering who studies the potential of rooftop farms to collect rainwater to reduce the risk of flooding.

“In cities, we are very vulnerable to heavy rainfall, and we saw a massive rainstorm in Toronto in 2013,” Almaaitah said. “The more roof farms we have, the more water we can hold back on those roofs and we actually reduce the pressure on the main sewer system.”

In Toronto, a statute requires that large new buildings ensure that a certain part of the roof is a green space, that is, covered by a growing medium and vegetation planted over a waterproof membrane. The roof doesn’t necessarily have to be a food garden. While the city today has hundreds of green roofs, only a handful are arable gardens.

Almaaitah and other researchers at Ryerson hope to show how growing water-intensive crops, coupled with the right acreage, can maximize roofs’ ability to absorb rainwater and prevent flooding. The university is currently building its second rooftop farm on top of a residential building to expand food production and research opportunities.

While her garden is far too small to produce a significant amount of food, Gomes has bonded with a larger community of food growers interested in trying new plants and sharing seeds. Gomes posts her experiments on her popular Facebook page and has received requests for seeds from Germany.

More recently, she has traded seeds with farmers at Six Nations of the Grand River in southern Ontario. In exchange for rainbow corn seeds, she received rare blue corn that she plans to grow this season.

CLOCK | Urban gardeners are experimenting with plants that are not typically grown in Canada:

Climate change allows urban gardeners to grow exotic plants – which can help prepare cities for some of the worst effects of a warming world. 1:59

“It really amazed me because some people appreciate what we grow here. They’re looking for the seeds, they’re grabbing the seeds, ”she said.

The seed exchange is helping to attract more people to urban gardening which, if given the right space, can produce a significant amount of local food. A 2010 study by researchers at York University found that Toronto has the land and rooftop space within its boundaries to produce 10 percent of the fresh vegetables consumed in the city. 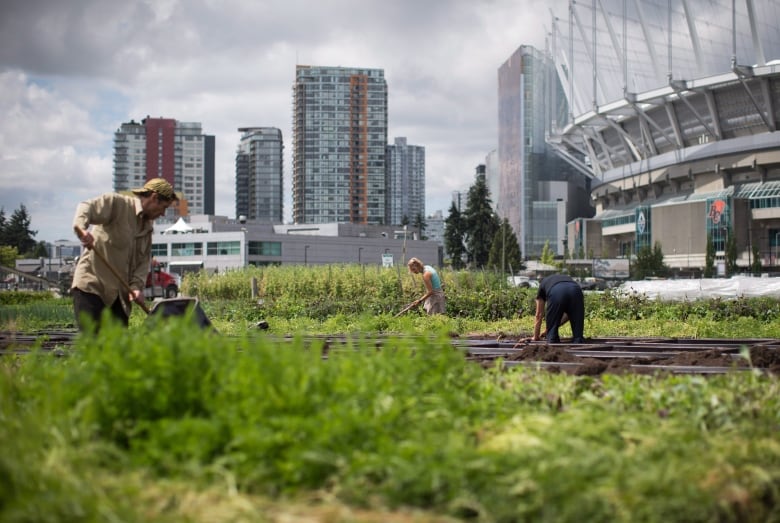 Pictured here is an urban farm in Vancouver. In addition to producing food, such projects can also help cities mitigate some of the effects of climate change, experts say. (Darryl Dyck / The Canadian Press)

Growing large amounts of food in the city is not necessarily a new concept. Karen Landman, a professor at the University of Guelph who studies urban gardening, says agriculture used to be a part of North American cities before gradually being excluded from urban areas after World War I.

“It’s actually a very old practice,” she said. “There is a lot of land that could be turned into food production. And if we really had to, we could produce a lot of food. There are other cities in the world where urban agriculture is the main source of food for many people.” . “

Landman says experimenters like Gomes can actually influence larger agriculture as well. Okra, for example, is a vegetable grown commercially in Canada today, modeled on urban gardeners in Ontario who first tried to produce it. Their success led a university research center to study the process more closely.

Rhonda Teitel-Payne, a coordinator for Toronto Urban Growers, a local advocacy group, says she saw a growing interest in gardening among city dwellers during the pandemic.

She says people understand the importance of green spaces near their homes.

“One reason for this is that people felt unsafe about the food system and whether they were getting enough food for their families, but also for their neighbors,” she said.

“So much interest from people who had never grown food before. But the second part of it is also that people really understand the importance of nature to our mental health and wellbeing.” 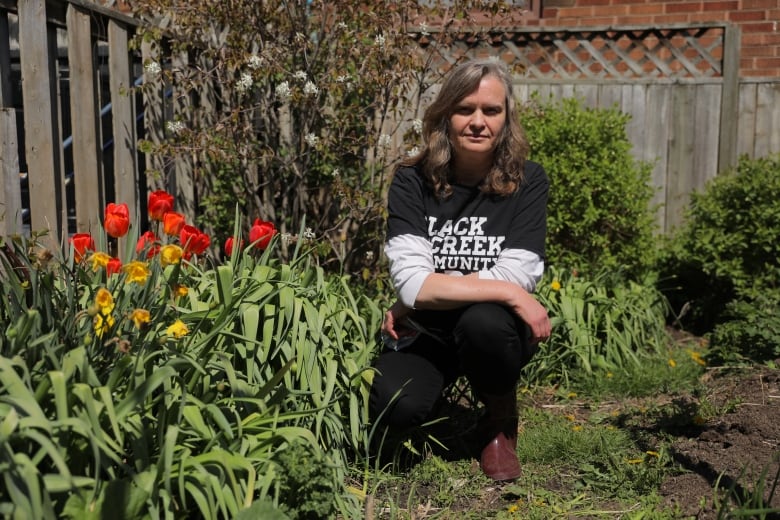 Teitel-Payne said she hoped people will continue to change the way they think about cities and their own role in greening urban spaces.

“I think people think of concrete canyons. You think of roads and pollution. And that’s really a huge part of our urban experience, ”she said.

“And when we create these spaces, we’ll compensate for that a bit.”

Everything kids need to know about gardening this summer

A settler’s guide to cancelling Canada Day: July 1st and beyond