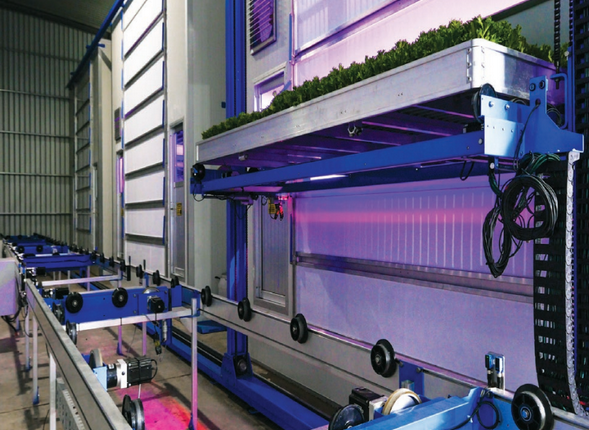 “We worked on this deal for two or three years to come up with the right solution for farmers. It looks like we can deliver it next June, ”said John Leslie, director and engineer at Vertical Farm Systems in late November. An agricultural technology company based in Queensland, Australia.

Vertical Farm Systems was founded in 2009 and develops turnkey solutions for indoor multi-layer agriculture. The company’s planting systems are the BioPonic System, a biological alternative to conventional hydroponics that works without synthetic fertilizers. In biodynamic agriculture, organic food sources are combined with good bacteria and fungi, which are also often found in systems close to the ground.

Vertical Farming Systems’ XA series storage system is the company’s flagship product. It is fully automated, modular and offers 28 different configurations so that farmers can scale up at a later date according to their production goals. The XA series consists of a sowing, planting, transport and harvesting unit and a unit for the recovery of planting media. The system has already proven its worth for growing leafy vegetables. This year the company is expanding with the XF system for fully automatic cutting. Currently, developments are focused on growing vegetables, vegetable proteins and hemp.

Overview of the XA storage system

“We are focused on developing a precision vegetable growing system as there is a great demand for it. In addition, we are working on solutions for the cultivation of vegetable proteins and there is great interest in automated feeding systems, ”continued John. Four phases with a value of 5.7 million euros each will be completed.

Notably, around 96% of orders at Vertical Farm Systems do not come from gardeners. John attributes this to the fact that gardeners are often tied to the land and have already invested heavily in greenhouses and other infrastructure.

“Farmers can usually be found in rural areas and have a well-developed infrastructure. Few of the traditional farmers have warehouses suitable for vertical farming. The great advantage of our mechanized farming systems is that they enable zero-waste food crops to be grown profitably in cities now home to 70% of the world’s population, explains John. 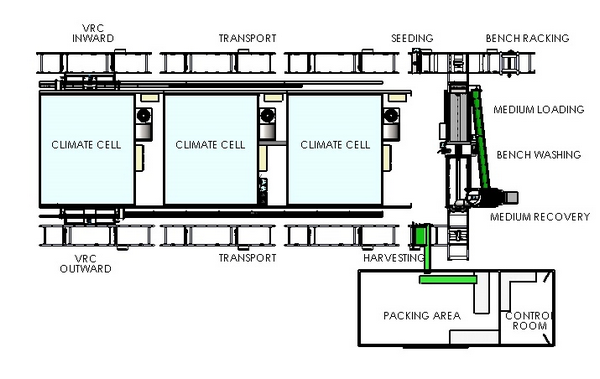 Labor shortage
John explains that Vertical Farm Systems automates its systems to the point that they require very little staff and can only be managed by one or two people. These people don’t really need any knowledge of gardening. This technology is easy to use and has been developed to alert operators to necessary changes and maintenance.

Climatic cell cultivation enables farmers to use different cells independently of one another, to use resources as efficiently as possible and to maintain a high level of biosecurity. By using a biodynamic cultivation system, farmers can reduce their environmental impact and grow plants without chemicals in a growing environment that is as natural as possible.

Welcome winter birds and count them, too – Marin Independent Journal